LifeVac is a unique “Medical Miracle”. This lifesaving apparatus produced in the USA has revolutionized, for the first time ever, the way Choking is treated. LifeVac is designed with a one way patented valve to prevent any air from pushing food or objects downward. The LifeVac creates suction and negative pressure that will remove the lodged food or object in the event of choking. LifeVac can be used on children, adults, elderly, people with disabilities and can even be self-administered! LifeVac is safe, effective and easy to use. LifeVac is a Class I Medical Device that is registered with Health Canada and the FDA. LifeVac is available for purchase from our secure website or from Amazon Canada.

On Sale now for  a limited time for the Holidays!

Or Purchase Securely from LifeVac Website using Credit Card or PayPal by Adding to Cart below (NOTE: IF CART SHOWS EMPTY AFTER “ADD TO CART” THEN WAIT A MINUTE OR SO AND REFRESH OR VIEW CART, WE ARE WORKING WITH OUR HOSTING PROVIDER TO RESOLVE THIS TIMING ISSUE, PURCHASE IS SECURE) :

LifeVac is a non-powered single patient portable suction device developed for resuscitating an aspirating victim when the standard protocol has been followed without success. The negative pressure generated by the force of the suction is 3 times greater than the highest recorded abdominal thrusts. The duration of suction is minimal so LifeVac is safe and effective. LifeVac is not intended for use on persons under 22 pounds. LifeVac is distributed worldwide and in use in thousands of homes, schools, restaurants  and Long Term Care Facilities. LifeVac is also used by Police, Fire, and EMS services. It has so far been documented to have saved the lives of over 40 people so far with new saves documented every month! LifeVac can also be used on pregnant, elderly, or disabled patients  where other measures are difficult.

Within Canada, it on average takes more than 8 minutes for an ambulance to reach you, brain injury can start in as little as 4 minutes. LifeVac acts in seconds to relieve choking obstructions.

LifeVac is a medical device that is safe, effective, and easy to use. Protect yourself from unnecessary choking deaths.

News Report on one year old boy saved with LifeVac!

“A 90 year old lady with Alzheimer’s Disease was eating dinner with her daughter when she began to choke on her food (chopped up burger). As soon as her daughter realised her mother was choking she administered abdominal thrusts and back blows which were unsuccessful at dislodging the food stuck in her airway. The elderly lady became unconscious and her daughter called EMS right away. EKAB arrived on the scene and assessed the situation, the paramedic took the LifeVac device out of his kit bag and applied the LifeVac which dislodged a large chunk of the food bolus. The lady regained consciousness and was transported to hospital. As they arrived at the hospital her oxygen saturation began to drop, the paramedic quickly realized there was still part of the obstruction in her airway. Using LifeVac again the last remaining part of the food bolus was dislodged. The 90 year old lady was examined at the hospital and discharged the same day.” LifeVac Displayed proudly by Ambulance team who used it to save 90 year old patient from choking!

“Andrea – 2019: My baby almost died tonight and I’m still sick to my stomach over it. LifeVac saved her life. Meadow was sitting in her high chair snacking on an orange when she started choking. I pulled her out and tried back blows, but she only seemed to worsen. I tried the Heimlich but that didn’t help either and what was partial seemed to become a full blockage as she started turning purple. I had my LifeVac on the counter because we bought it about 2 weeks ago. Thank God I was able to dislodge the orange piece and she started to recover. A little voice kept bringing me back the LifeVac, and I’m so glad that I listened and purchased it…. I highly recommend every house have a LifeVac on hand, as well as daycares and schools. I’m soooo thankful to God and LifeVac that my baby is full of life and dancing Moana tonight rather than what could’ve been a dreadful outcome.” “Report From Audrey Johnson’s Father: LifeVac just saved my daughter’s life. My 3-week-old was choking and proper newborn procedures weren’t working to dislodge the thick mucus blocking her airway. While my wife and in-laws worked quickly to try and get her breathing (and talking with emergency dispatch), I grabbed this device from my cabinet, quickly assembled and used it to immediately clear her airway and restore breathing. I’ll be buying more and you should too! Can’t stop shaking. Thank God for her ability to breathe and for this device that I purchased proactively.” LifeVac has been independently tested, peer reviewed and published in leading Medical Journals! The American College of Emergency Physicians – The abstract describing the success of the LifeVac in removing an airway obstruction in an adolescent simulator model will be presented at 2017 ACEP Research Forum. Abstract – LifeVac: A Novel Device for the Resuscitation of the Adolescent Choking Victim.

The American Journal of Emergency Medicine – Assessment of the LifeVac, an anti-choking device, on a human cadaver with complete airway obstruction, Medicine 34 (2016) 1673-1730 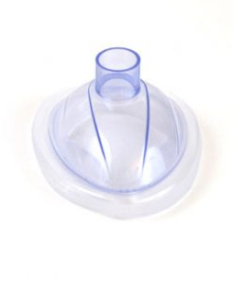