LifeVac is thrilled to share news of our 396th life saved.

It was reported to us that on June 19th a 7-month-old baby boy choked on a lemon peel while celebrating Father’s Day at his grandparent’s home in Rhode Island.  The child’s father did a blind finger sweep and was able to remove a little bit of the food but felt a larger piece further down.  He attempted back blows but was unsuccessful.  His finance quickly got the LifeVac that they had with them on vacation. While the child’s father held him on his lap his finance used the LifeVac and successfully dislodged the obstruction on the 2 attempts. 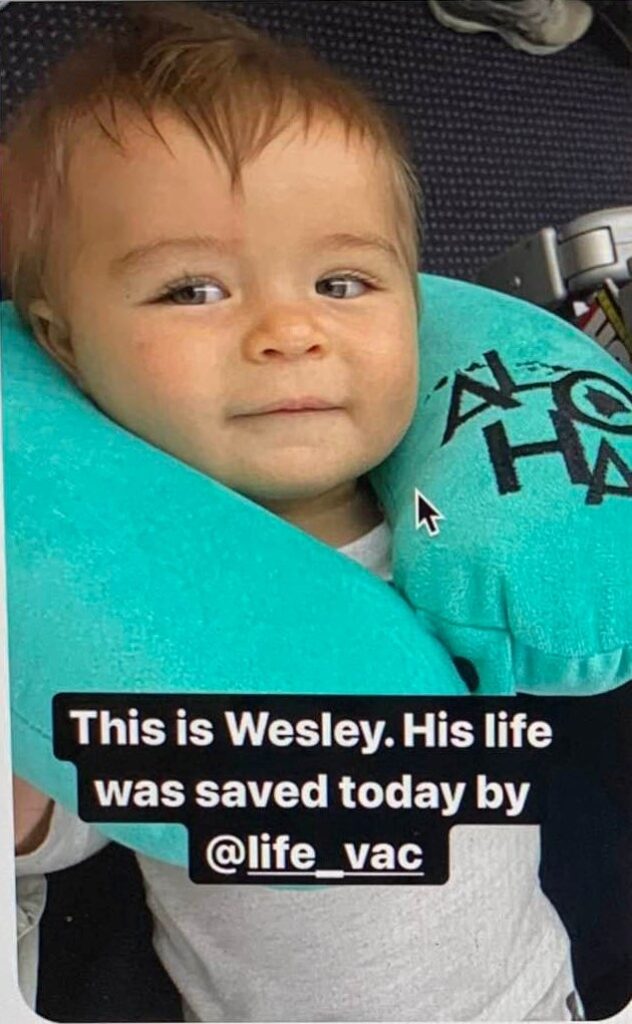